A Vehicle for positive change

In Rwanda, coffee has brought hope for a better future since the dark days of Civil War that shook the country back in 1994. Coffee has been used as a vehicle for positive change in the years that have followed, and the country is now rightly heralded as a top producer of fine specialty coffee.

Coffee was introduced to Rwanda in 1903 by German missionaries. As a cash crop it received government backing but the focus was very much on quantity rather than quality. However, the impact of the world coffee crisis in the late 1990s, when prices fell for several years below the cost of production, caused many Rwandan coffee farmers to rethink their position. Working hand in hand with the Rwandan Coffee Board (OCIR Café), international NGOs such as USAID, the Gates Foundation, and other coffee-focused organisations, a specialty coffee sector was created in the early 2000s. 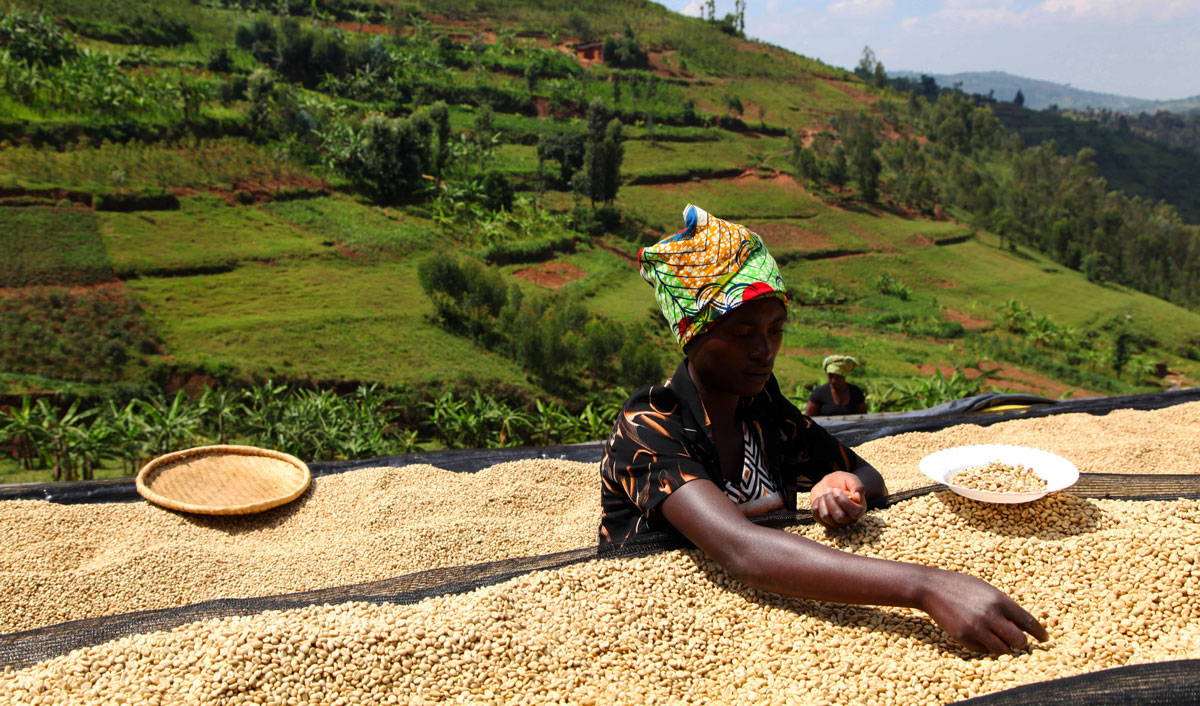 Rwanda is blessed with ideal coffee growing conditions that include high altitude, regular rainfall, volcanic soils with good organic structure and an abundance of Bourbon.

The vast majority of Rwandan coffee is produced by smallholders of which there are thought to be around half a million, with parcels of land often not much larger than just one hectare per family, with an average of approximately 180 trees each. Coffee is grown in most parts of the country, with particularly large concentrations along Lake Kivu in the west and in the southern province. Rwandan smallholders organise themselves into cooperatives and share the services of centralised wet-mills – or washing stations as they are known locally. Flowering takes place between September and October and the harvest runs from March to July with shipments starting in late May / early June.

Making up 90% of Rwandas coffee yield, this varietal originated on the Island of Bourbon (now known as Reunion Island) and is a mutation of early Arabica species from Ethiopia. It yields slightly more coffee than the Typica varietal. The leaves are broad and cherries can ripen red, yellow or orange.

Bourbon beans are known for their deep, buttery chocolate flavours, as well as their sweetness and very light fruit overtones. They yield well-balanced coffees and are less common than other types of coffee beans as Bourbon plants generally carry fewer coffee cherries per plant than other varieties.