Quality at its heart

Guatemala produces the highest percentage of classified, high quality coffee by volume in the world. The coffee association of Guatemala, Anacafe, has been instrumental in the improvement of picking, processing and quality standards, with excellent information and resources available for farmers and a traceability database for buyers to connect with producers. Guatemala has been leading the way in Central America, with an emphasis on producing high quality washed coffee, experimenting with fermentation and highlighting the terroir. Using a similar ‘altitude grading’ system employed in other Central American countries, coffee is classified as Strictly Hard Bean (SHB) – grown upwards of 1300 masl – Hard Bean (HB) and Semi Hard Bean coffees, all of which represent good quality, comparative to other nations.

Most of Guatemala’s coffee farms can be found on the coastal slopes in the central and southern regions of the country, where altitudes range from 700 – 2000 masl. Coffee is harvested between November and February, depending on the elevation. Over half of Guatemala’s 3.4 million bag yearly coffee production is then sold to the US market, generating approximately one third of its foreign exchange. 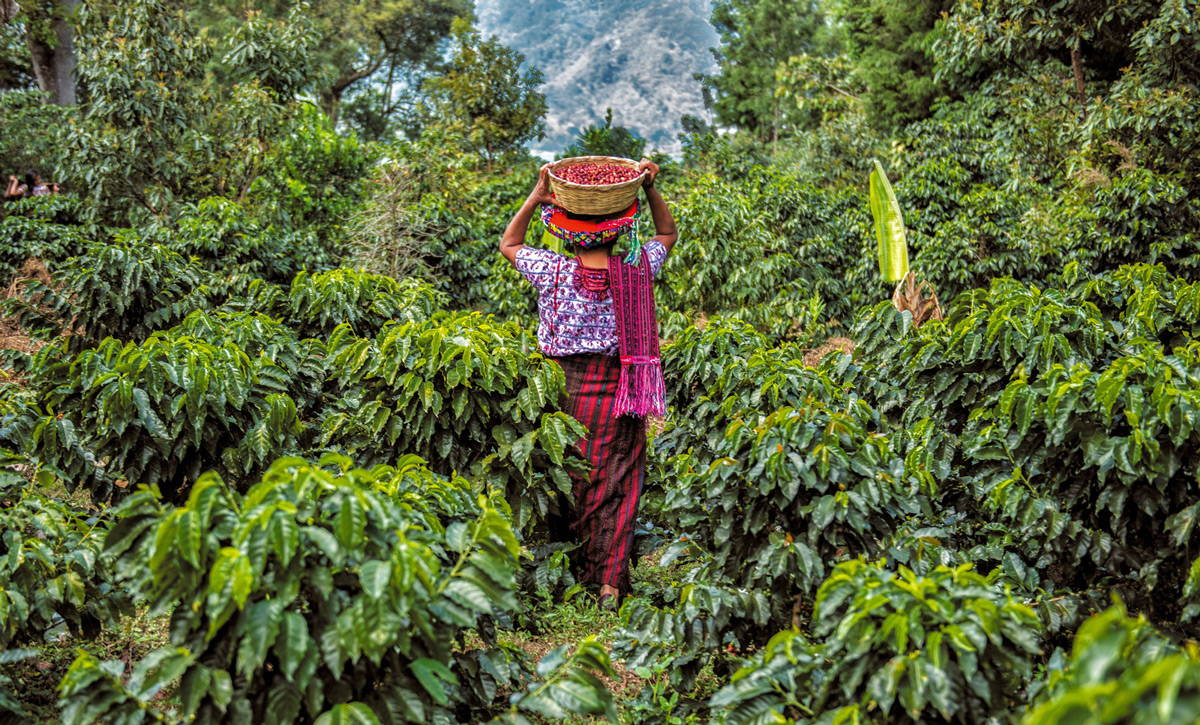 coffee production has been intertwined with Guatemala’s socio-political fabric since around 1845, when the Commission for Coffee Cultivation and Promotion was established, though there are reports of coffee being cultivated in the country as early as the mid-eighteenth century, having been introduced by Jesuit priests. Alike El Salvador, during the 1850’s, coffee came to supplement the reduced demand for indigo as chemical dyes became introduced to the market. When Justo Ruffino Barrios came to power in 1971, he concentrated much of his economic regeneration plans on coffee production, and large swathes of land – up to 400,000 hectares – became coffee plantations. Production soared and by 1880, coffee contributed roughly ninety-per-cent of the country’s exports.

However, the negative impact of this surge in production was the displacement of indigenous people, as Barrios appropriated “public” land to make way for the plantations.

Caturra is a cultivar from Brazil and is a mutation of Bourbon which is much higher yielding. The tree will not reach the same height as Bourbon and typical characteristics associated with this varietal are bright acidity and medium body.

Pacamara is a hybrid of the Pacas and Maragogype varietals and is thought to have been developed in El Salvador. The beans are very large and are well suited to high altitudes. It is a very complex varietal producing beautiful floral notes with great balance.