In Central America, El Salvador has the nickname ‘Pulgarcito’, which means ‘little thumb’, a reference to the diminutive size of this coffee producing nation. But packed into this little country there are some of the best farms in the whole of Latin America, and many of the coffees El Salvador produces are capable of scoring very highly on the cupping table. More than half of the nation’s coffee is Bourbon, so there is plenty of sweetness, complexity and high acidity coffee being produced. Around 90% of the country’s coffee is also shade grown, which maintains the rich biodiversity that thrives in rural El Salvador. Micro-lots are now a common feature, and it benefits from being a nation where traceability to farm level encourages foreign buyers.

This is a land of volcanoes, many of them active, so the soil is rich and fertile whilst the views are strikingly beautiful and always dramatic. Volcano Santa Ana is the largest but Izalco, with its typical conical shape, is a national icon. Such conditions are perfect for the production of high quality coffee. 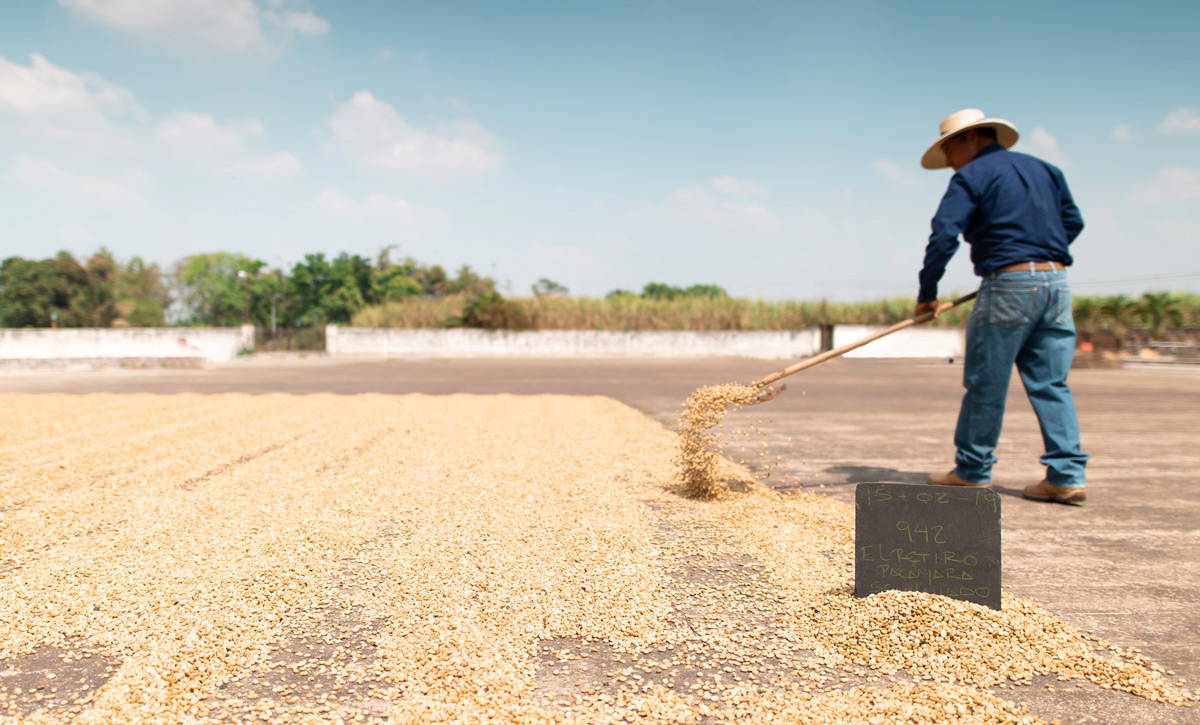 One issue facing El Salvadorian farmers is Roya (leaf rust), as they disease is having a huge impact upon harvest and in some cases decimating crops by up to 50%. This is a real threat to the future of coffee in this region.  Research into new resistant varietals and altered farming practises is crucial in sustaining a future for coffee in El Salvador.

Unlike some other Central American countries, where instability and lack of infrastructure inhibit the quality and volume of coffee production, El Salvador is a little different. Since it was introduced in the 1850s, coffee came to augment the cultivation of Indigo, at a time when the introduction of chemical dyes threatened the profitability of the crop. Though El Salvador now produces less than half the amount of coffee it was towards the end of the 19th century, coffee has helped fund the development of roads, rail lines and ports, all of which fed back into improving export and the quality of production across the country. The Salvadorian Civil War – which spanned the years 1979 to 1992 – deterred foreign buyers from exporting coffee from the country, though the subsequent peace process and the relative stability that now exists there, have gradually encouraged more and more buyers to return to the country, and coffee production is back to the fore.

This is a natural mutation of Bourbon that was found on a farm in the Santa Ana region of El Salvador in 1949. It was found to produce higher yields than the rest of the Bourbon on the farm and was also resistant to some disease. It seems to grow best at altitudes of around 1000 metres and the cherries ripen red. It has slightly less sweetness than the original Bourbon but it is nicely full bodied and has great balance.