Subscribe to our weekly newsletter and save 10% off your next order.

Free Tracked Shipping on orders over £15 - Shipping as Normal

More than a third of all coffee

Brazil is South America’s most influential and economically powerful country and one of the world’s largest economies. It also produces over a third of the world’s coffee, with over 5 million people in the country employed in the cultivation or harvest of over 3 billion coffee plants. The strength or weakness of the global coffee market is largely governed by what happens in Brazil, such is the size of its yearly harvest. El Nino, the weather system that dictates climatic conditions in the country during the summer months, also has a major impact on the yearly coffee harvest. Brazil have an average annual rainfall of 1,500mm, but depending on this key weather system this number can fluctuate dramatically.

Coffee was introduced to Brazil in 1720 in the southern state of Paraná and has since become the powerhouse of the coffee world, accounting for more than a third of all coffee produced. 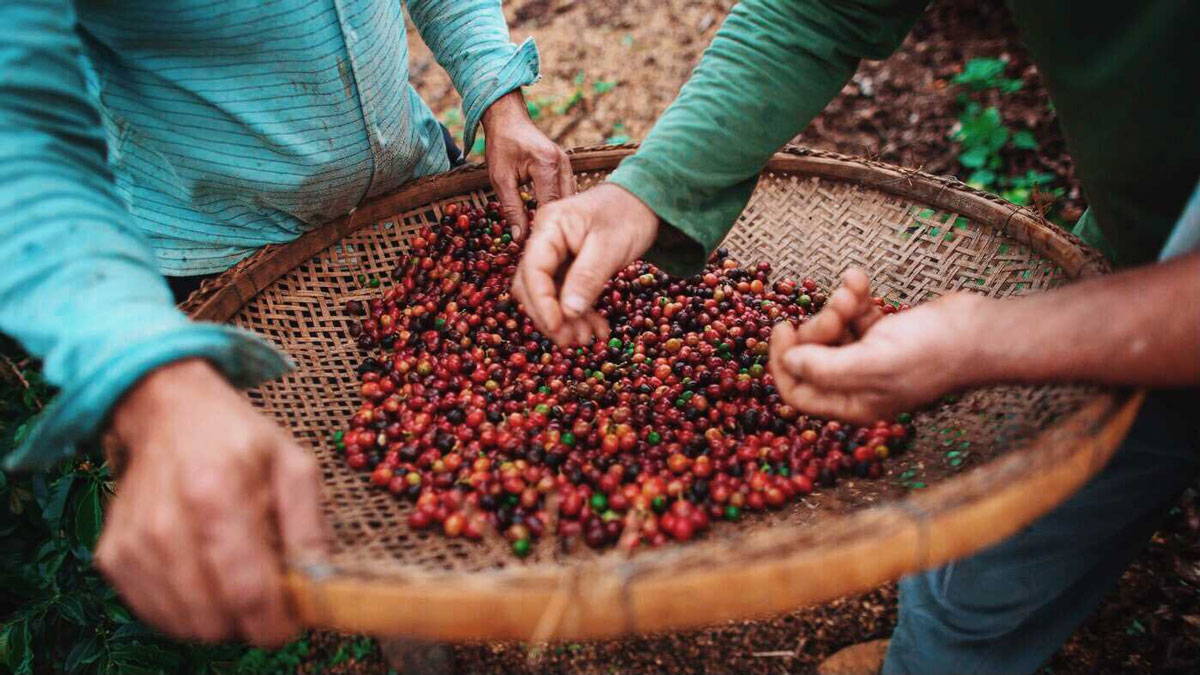 Legend has it that around 1720, the Brazilian government had wanted a cut of world coffee production, and sent Lt. Col. Francisco de Melo Palheta to French Guiana on the pretence of mediating on a border dispute. Aware that he would not be allowed to visit the closely guarded coffee plantations, the lieutenant instead used his charms to woo the first lady of Guiana and encouraged her to give him the coffee seedlings he wanted. She presented him with a bouquet laced with coffee seeds at a farewell banquet held in his honour, which he took back to Brazil.

Whether this tale can really be attributed to Brazil’s introduction to coffee cannot be proved, but there can be no doubt that now, in the 21st century, Brazil’s dominance in world production is unrivalled. Annual crops as high as 60 million bags are becoming common place.

Mundo Novo is the result of a natural cross between the Bourbon and Typica varieties found in Mineiros do Tiete, Sao Paulo, Brazil. Seeds of the original coffee plants were planted in the municipality of Novo Mundo, today called Urupês, where selection gave rise to the variety Mundo Novo. The variety was discovered in 1943. The first selections of Mundo Novo in Brazil were completed between 1943 and 1952. The variety has been distributed to farmers in Brazil since 1952.

The Pacas varietal was discovered on the El Salvador farm of San Rafael by Fernando Alberto Pacas Figueroa in 1949. In amongst his rows of coffee trees he found plants which were shorter, denser, and heavy with fruit. Pacamara is a hybrid of two Central and South American varietals – Pacas and Maragogype.

This varietal is a hybrid of Mundo Novo and Caturra and is highly resistant to natural elements that coffee trees face at higher altitudes. It originated in Brazil but is now widely planted throughout Central America. Both the red and yellow strains demonstrate high acidity.